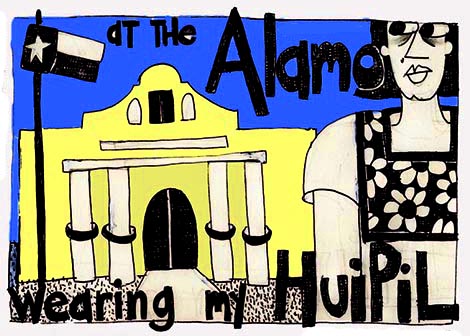 My mom moved to San Antonio, Texas as a young woman and instantly fell in love with the city’s bi-cultural flavor. In fact, my mom wanted to be Mexican. She loved Mexican music, colors, jewelry, food and attitude. That’s why she went to Mexico as often as possible. And, like a loving mom, she would always bring back presents for me – papier-mâché dolls, hand puppets, earrings (I had pierced ears!) and Mexican blouses. That’s how I started wearing huipiles.

But later, like most adolescents, I wanted to conform to fashion trends – bell bottoms, mini-skirts, t-shirts and jeans, etc. My tastes in clothing continued to change and huipiles were not a priority. Then I moved to Italy and, after a while, I began to feel nostalgia for my Mexican imprinting. So, luckily, my mom sent me huipiles. Now, I can’t imagine a wardrobe without them. 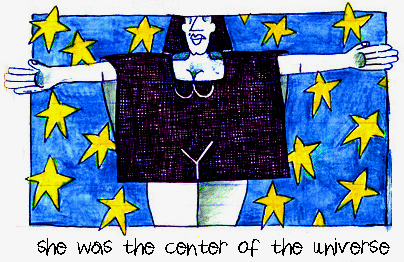 The huipil, of Mayan origin, was not considered just a garment but also a representation of personal ideology. The Mayans believed that clothing could transform a person just as a person could transform clothing, the two existing in symbiosis.

Mayans gave their huipiles a cosmic significance. Having the head placed in the very centre of the fabric has specific implications. When a woman places a huipil over her head, she enters a symbolic universe. As she sticks her head through the hole, she emerges into the external world and her body becomes the axis of the universe. She is the centre of the world connecting the earth and the sky.

Thanks to Frida Kahlo’s popularity, huipiles have acquired interest among contemporary fashion followers. But, although she wore them in grand style, it was not Frida who invented the huipil.

Huipiles were worn by the indigenous Indians of Mexico as documented by Mayan lintel carvings showing a bloodletting Lady Xoc wearing a huipil (c. AD 709). And the Spanish conquistador, Hernán Cortés, used a native woman, La Malinche, as translator who, as seen by codices documenting events of the time, show her wearing huipiles – 500 years before Frida! 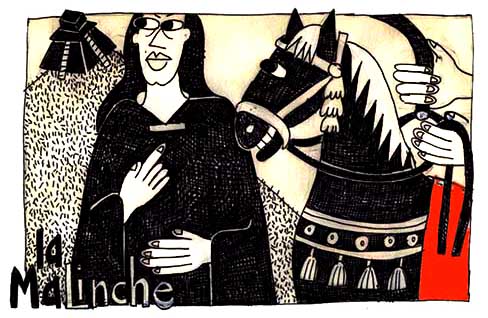 Traditional huipiles are beautiful. So if you are lucky enough to be in Mexico or Guatemala, be sure to shop for at least one huipil. The simplicity of their design makes them adaptable for any body type. 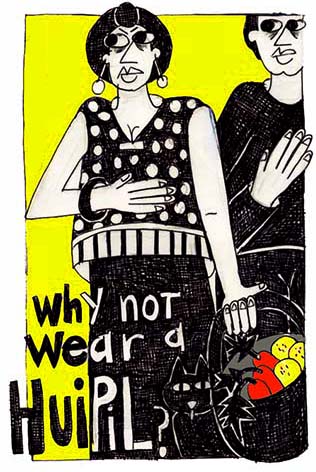 Please note than even though I often refer to my blouses as “huipiles”, in no way do I claim them to be authentic huipiles. A true huipil is made by the indigenous women of Mesoamerica and represent centuries of tradition—motifs and techniques past down from one generation to another. The style of an authentic huipil represents the ethnicity and community of the women who make and wear them. Thus a huipil is an extension of a woman’s sense of identity and of belonging.

My “huipiles” are thus named because they, too, are simple geometric shapes and handmade. And, because clothing is a form of identity, my huipiles also encourage women to be the axis of their universe.

2 thoughts on “Huipiles and Me”